About AHMSA Our History 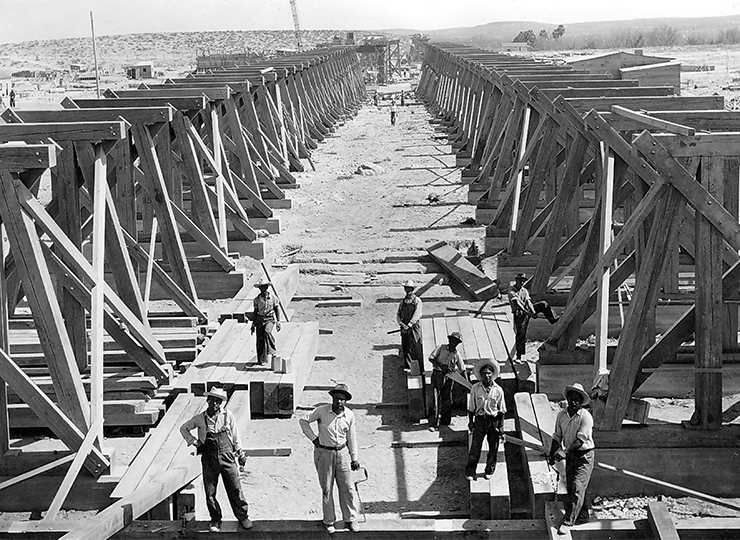 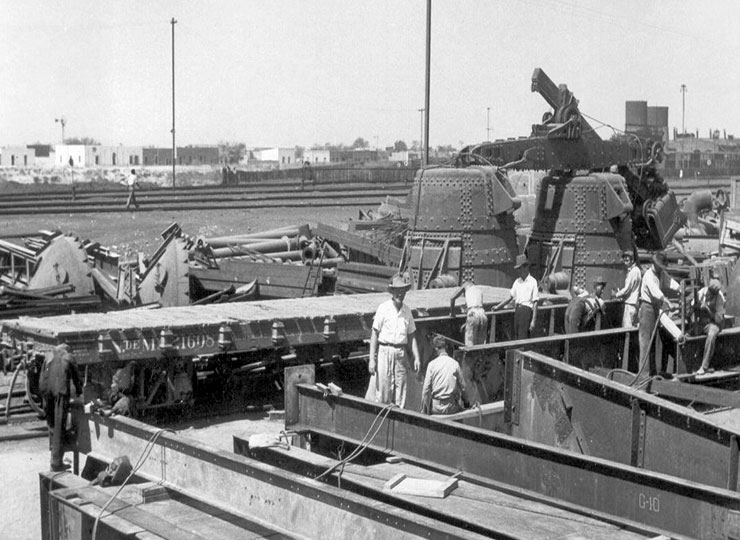 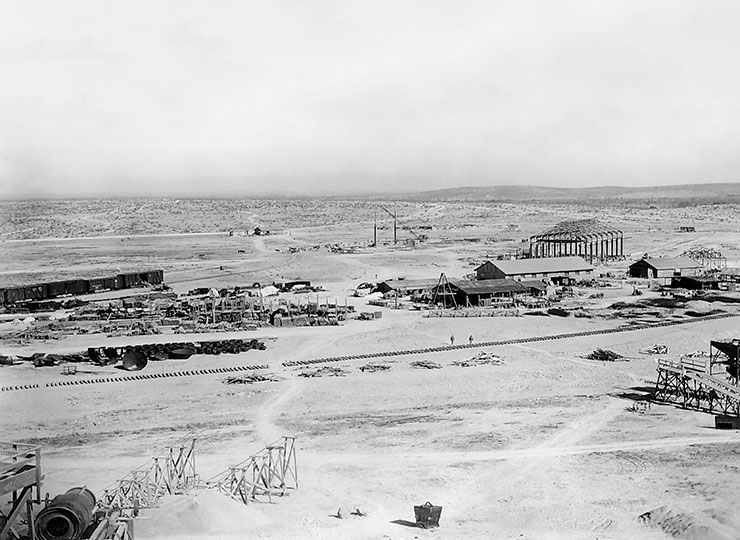 Supply of iron ore and coal 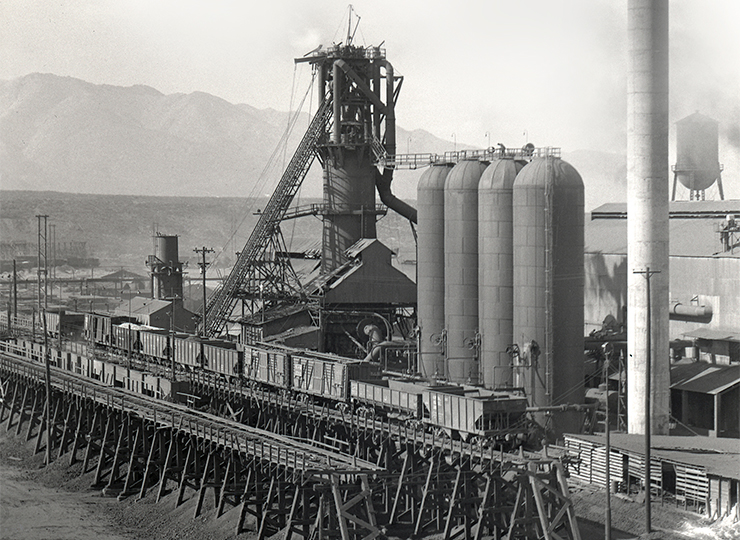 Start production of the Blast Furnace 1 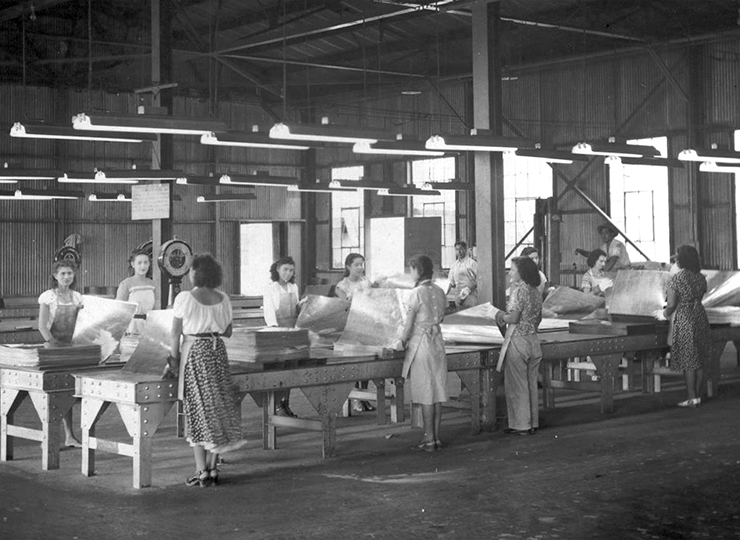 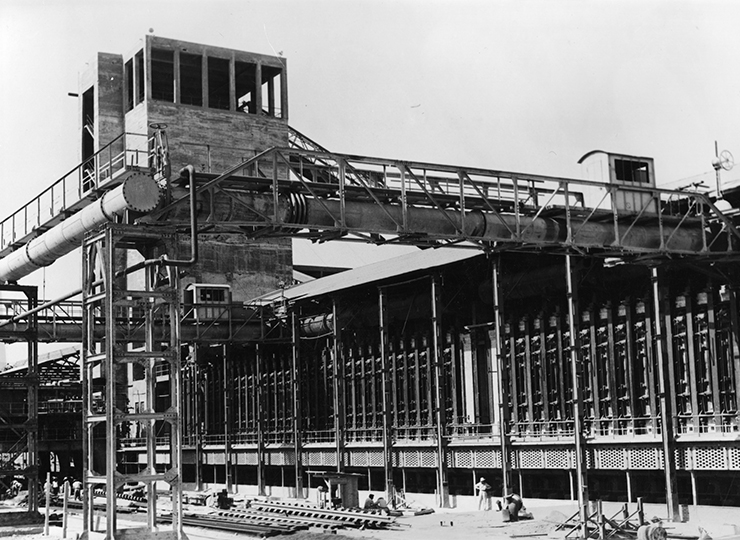 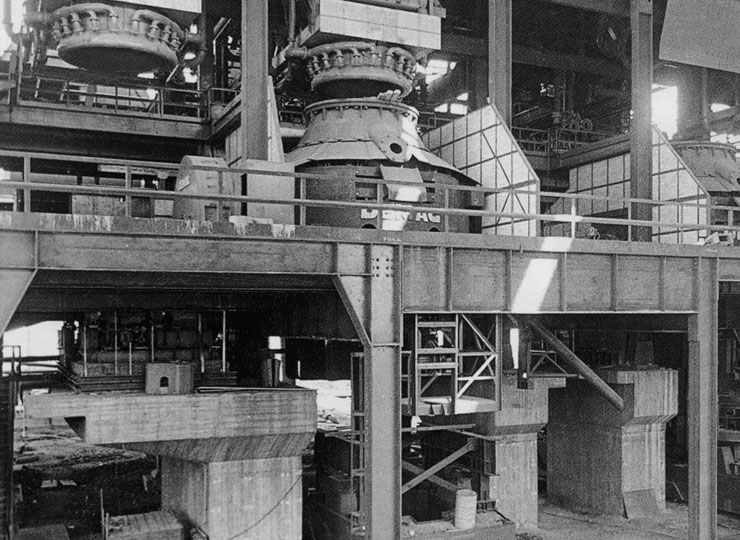 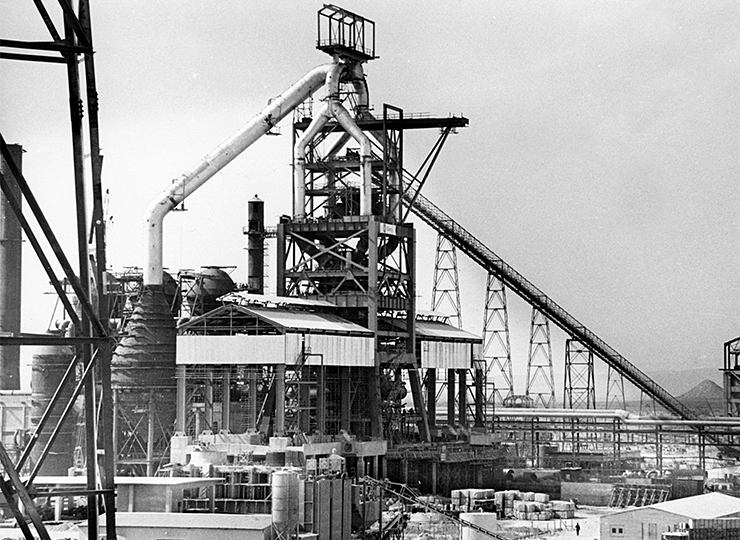 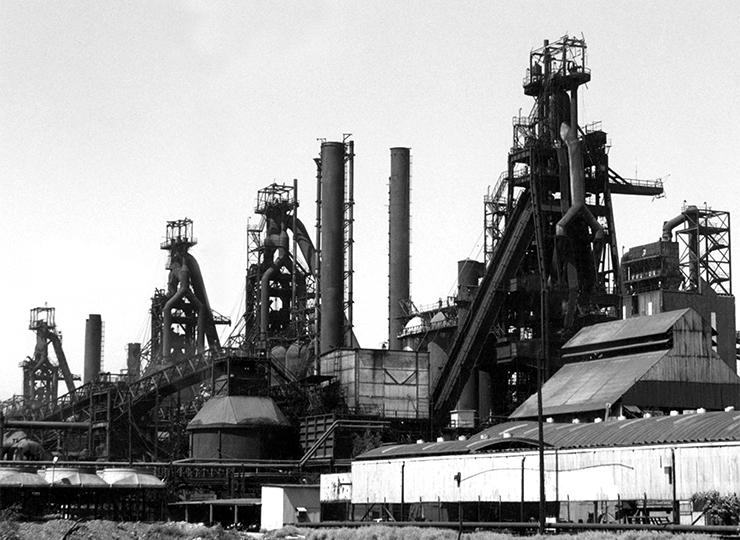 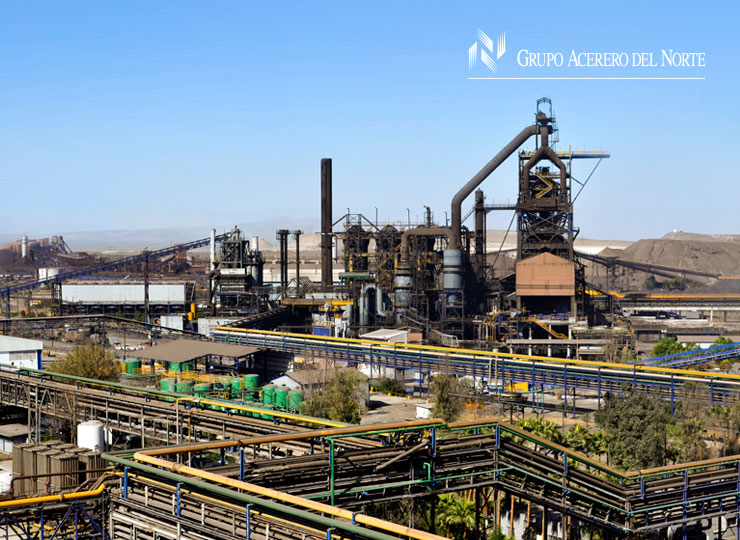 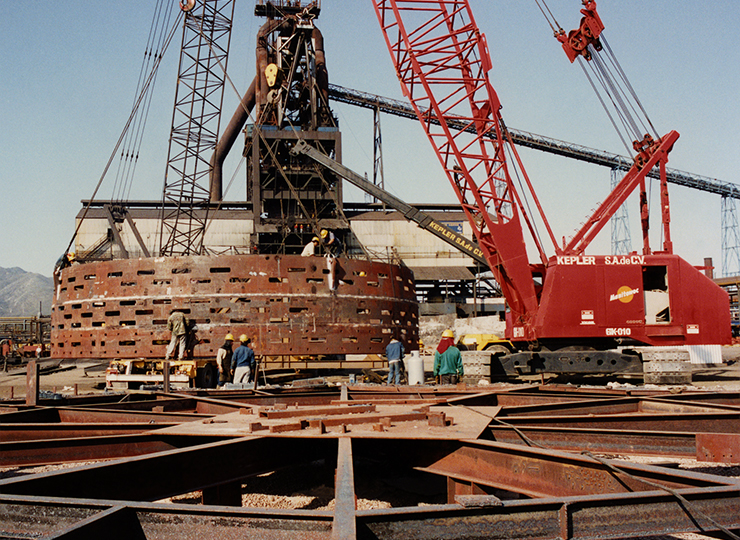 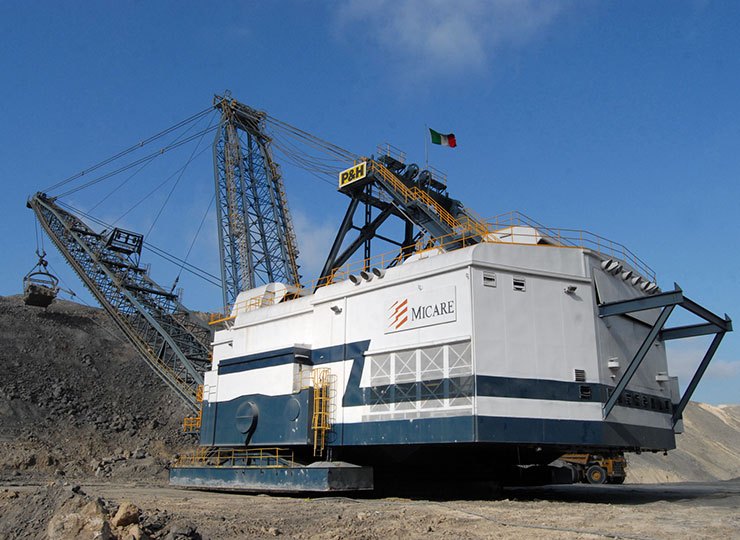 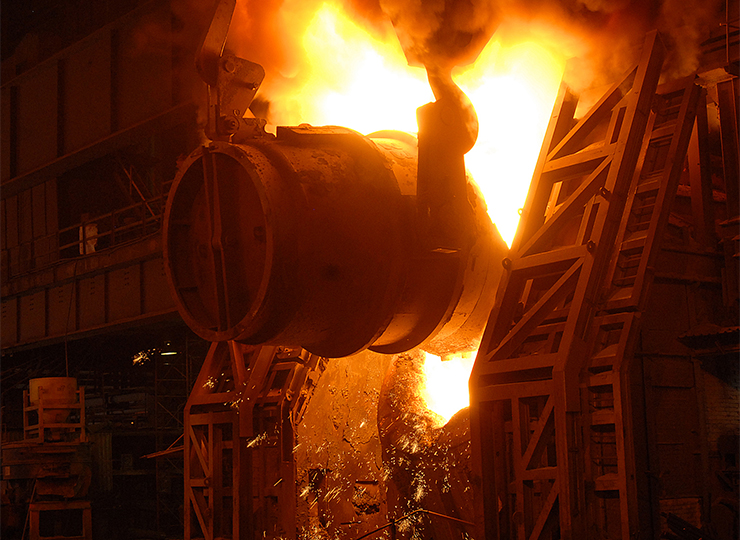 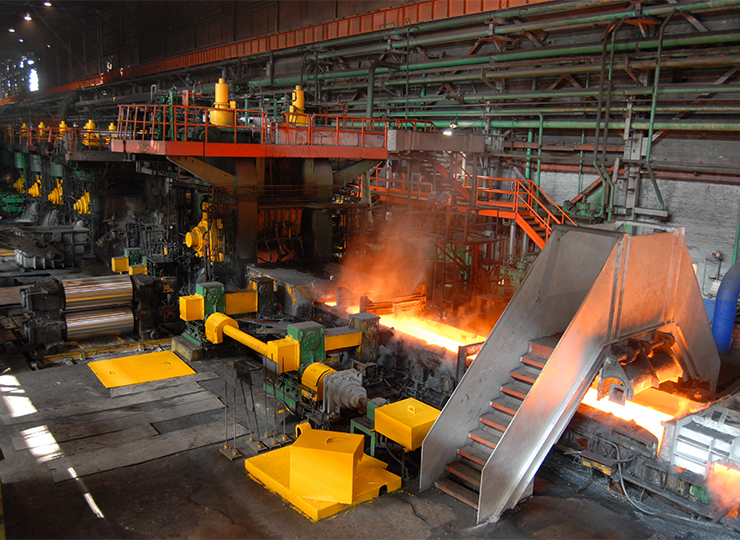 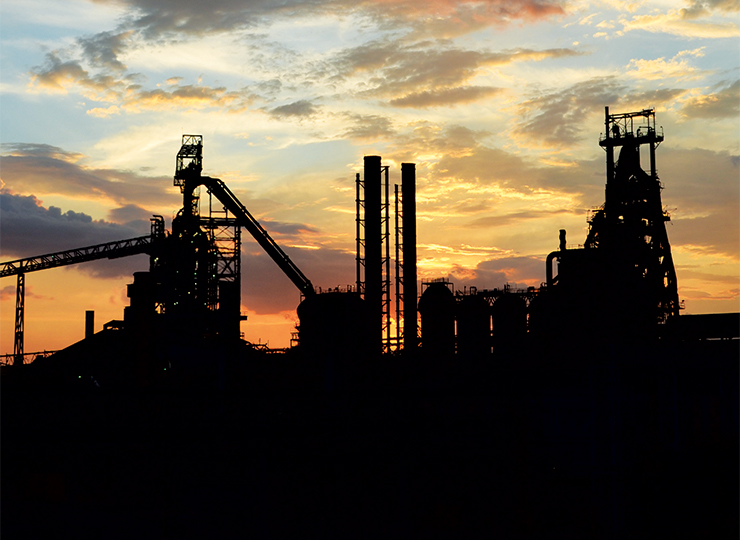 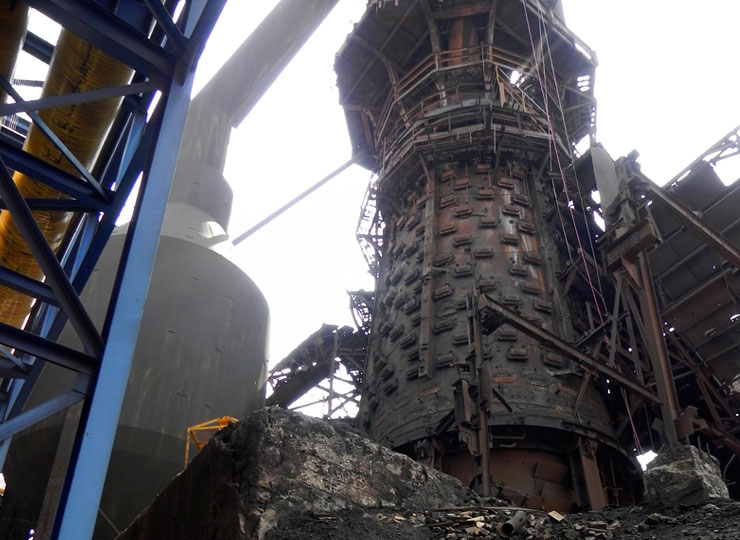 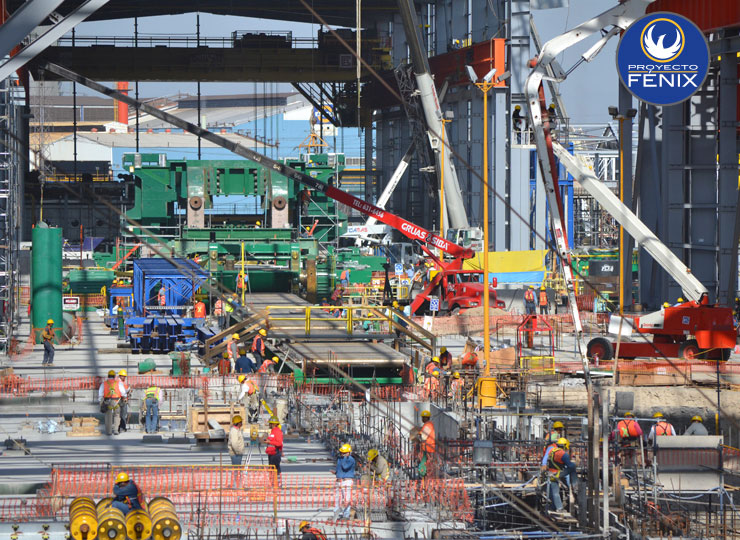 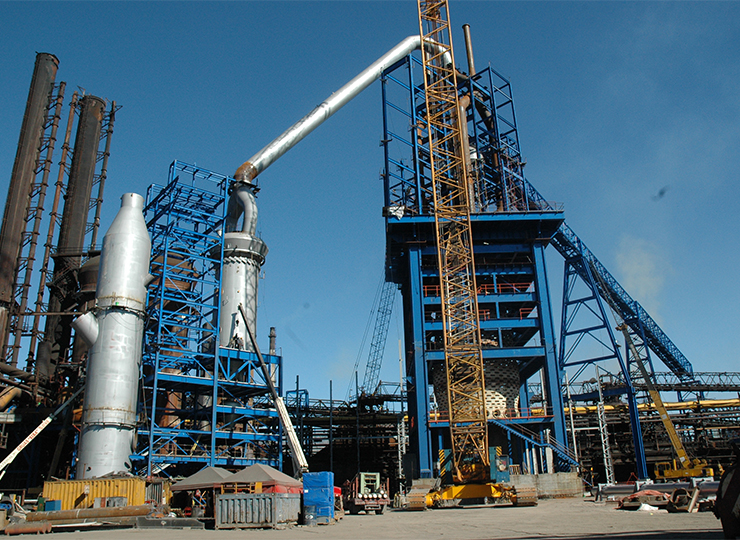 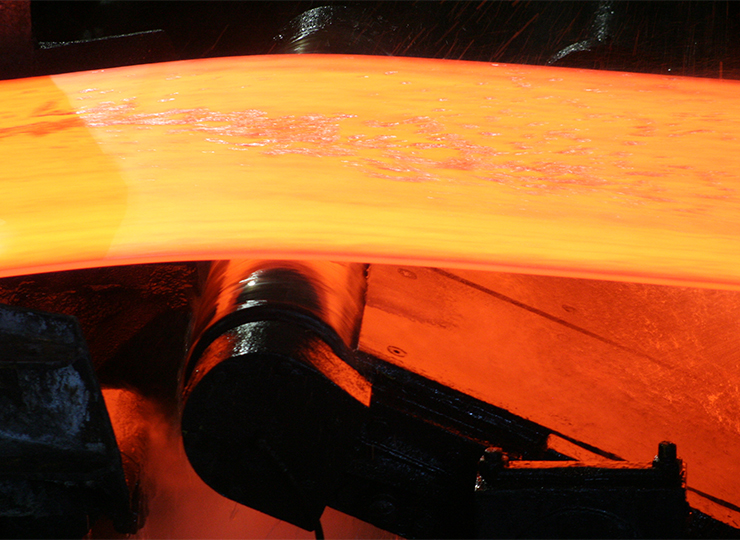 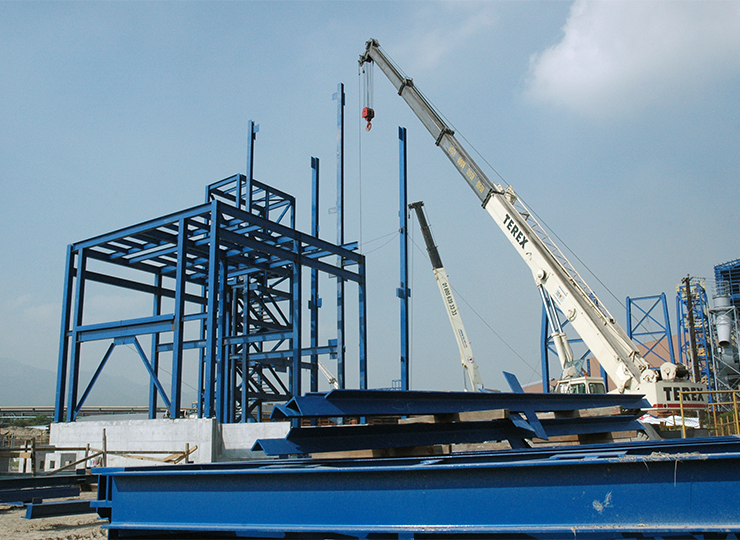 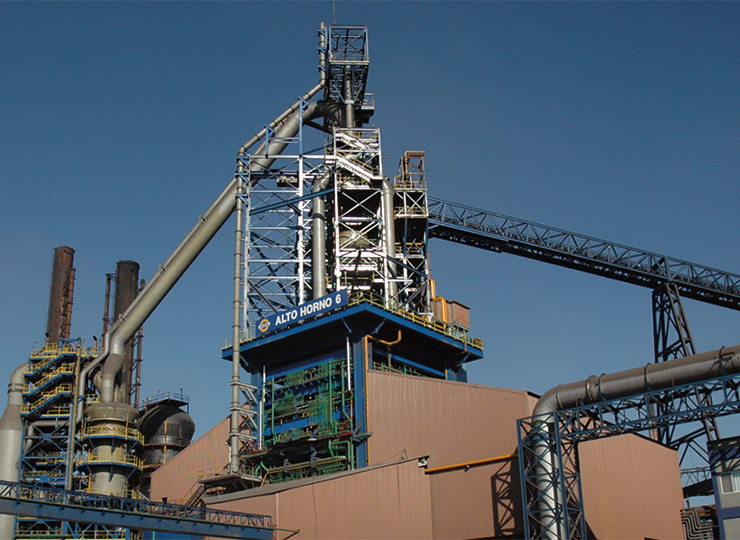 Inauguration of the Blast Furnace 6 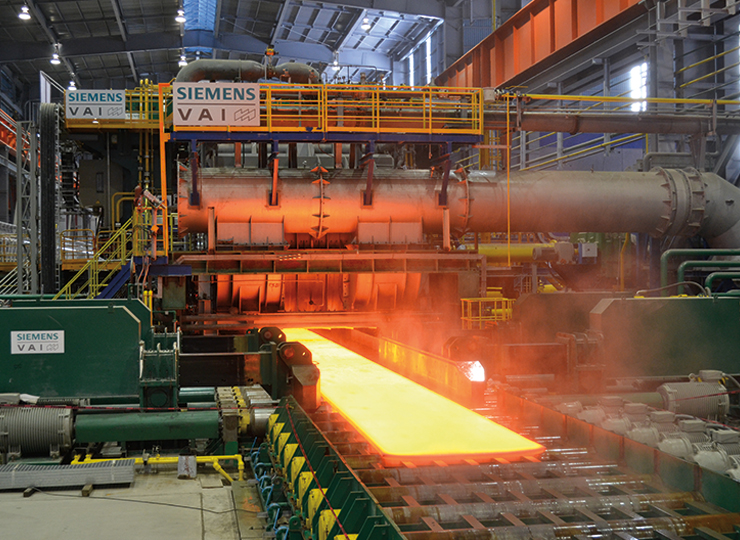 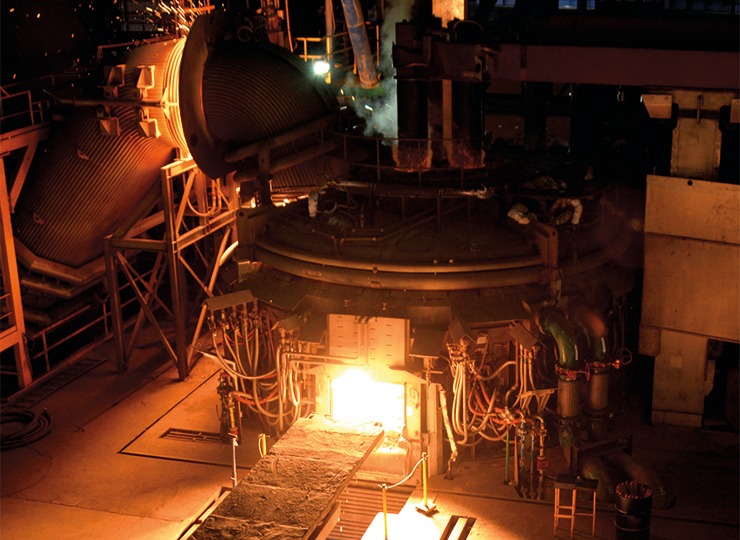 Operation of the Electric Oven 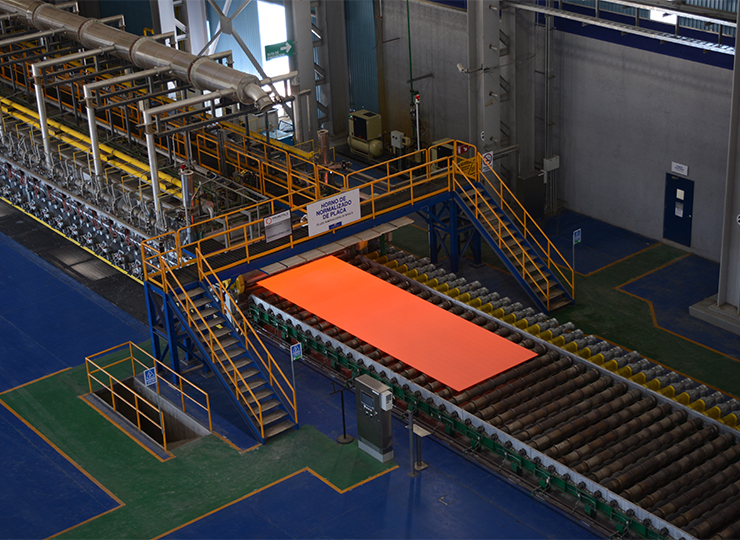 Due to the shortage of steel materials during the Second World War and in order to assure Mexico of the steel for its development, businessmen and the Government of Mexico determine to build an integrated steel mill. Advised by the American Rolling Mill, they decide to locate it in Monclova, Coahuila, for its proximity to deposits of coal and iron ore, basic raw materials.

Altos Hornos de México was constituted in July of that year as a company with state and private capital. Since 1941 equipment had been acquired in the USA, including a blast furnace that was abandoned in Saint Louis, Missouri. The first machinery arrived in Monclova in April 1942 and in October the construction officially begun.

After ensuring the operation of Blast Furnace 1 and the hot rolling processes, cold and tinplate processes are underway, with which AHMSA produces the first tinplate in the country.

Built by the German company Krupp Koppers, the Coking Plant 1 is inaugurated. This unit uses heat to clean the metallurgical coal from impurities and to convert it into coking coal that feeds the blast furnaces as an energetic base to melt iron.

AHMSA inaugurates the oxygen steelmaking shop (BOF), avant-garde equipment for the time. Its process consists of mixing pig iron with scrap and ferroalloys and injecting oxygen to produce liquid steel. That year the company has four blast furnaces.

In September, the Steelworks 2 plant comes into operation, with the largest and most modern blast furnace in Mexico (AH5), a BOF and continuous casting workshop, as well as a Coking Plant. Subsequently, a cold rolling mill and a pelletizing plant were added.

AHMSA faces debt problems, lack of competitiveness, inefficiency and high environmental impact. The Federal Government analyzes its closure or disincorporation from the public sector through tendering.

After presenting the best financial and investment offer, Grupo Acerero del Norte (GAN) is awarded the bidding for the package consisting of steel plants and iron ore and coal deposits. In December he takes possession of the plant, mines and subsidiaries.

The new administration undertakes a complete modernization program. With an investment of over one billion dollars, equipment and technologies, environmental control systems and personnel training programs are incorporated to transform it into a globally competitive company.

GAN acquires Minera Carbonífera Río Escondido (MICARE), producer of thermal coal for the generation of electricity, located in the Municipality of Nava, Coahuila. What is now the MICARE Unit of Minera del Norte is added to the package of coal and iron mines acquired in 1991.

The first modernized units come into full operation: Blast Furnace 5, BOF 2-Continuous Casting and Hot Rolling Strip Line. With greater quality in processes, the international standard ISO 9002 for Hot Rolling was approved in January, a quality program that will be extended in subsequent years to a dynamic of certifications in all production lines and subsidiary companies.

After reducing the environmental impact in air, soil and water by 80% in six years, AHMSA is the first Mexican company and one of the first in the world to certify the international environmental standard ISO-14001 for the areas of Blast Furnace 5 and Lamination in Hot.

The Hot Rolling department of Steelworks 1 receives the QS-9000 certification, the international quality standard for the automotive industry. With that certification AHMSA is positioned as the

As a result of the collapse of international steel prices and the global financial crisis that began in Asia, AHMSA embarks on a process of restructuring its debt.

For safety reasons, the Blast Furnace Guadalupe was dismantled, the first one that had AHMSA and that finished operations in 1989. Blast Furnaces 3,4 and 5 remain in operation.

With its own investment, AHMSA starts the project to maximize operational efficiency and increase liquid steel production by 40%. It includes installation of a blast furnace, an electric arc furnace, a ladle furnace, a Steckel Mill for plate production and auxiliary equipment.

The first concrete pouring in the foundation that will support the new Blast Furnace 6 is carried out, a unit designed and built with its own technology and with a capacity of one million 400 thousand metric tons of pig iron annually.

Faced with a drastic contraction in the demand for steel in world markets, AHMSA successfully adopts a savings and efficiency program to guarantee the operation of the company and keep its workforce.

The construction of Blast Furnace 6, which enters the testing period, concludes.

It starts operating since April with a nominal daily capacity of 4 thousand metric tons of pig iron, for a total of 1.5 million metric tons per year. The unit was designed by AHMSA staff with the latest technology application.

Inaugurated on July 18 by the President of the Republic and endowed with the most advanced technology, the Steckel mill is designed to produce one million metric tons per year of steel plate and roll, with specifications that were not produced in the country.

With a capacity of 1.2 million metric tons of liquid steel per year, the electric furnace goes into operation in April. It gives AHMSA greater flexibility to take advantage of the variations in the cost of iron and steel inputs.

Among the self-generation project, Power Plant 8 comes into regular operation, based on natural gas and technology designed by Caterpillar, with a capacity of 40 megawatts. Self-supply of electricity exceeds 50%. Similar equipment is tested experimentally to use methane gas from coal mines.

In the fourth quarter, the testing period of the dual vacuum degassing plant begins, which will start operating in the first quarter of 2019 and is part of the investment plan to raise the value added in steel.